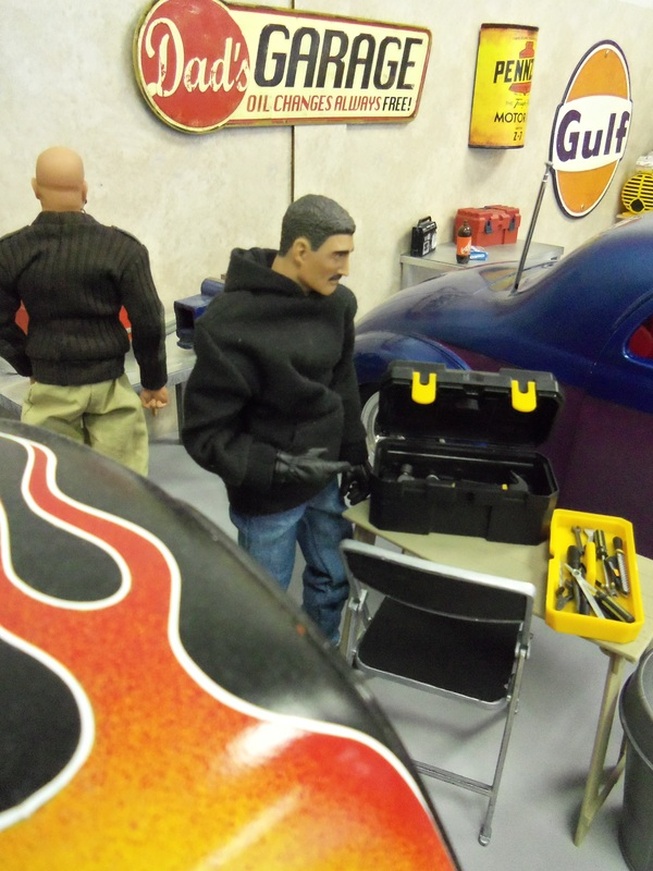 The Evil Doctor built this 6 foot long garage and transported it to the SSCC April Club Meeting.  I brought a few items like my flamed 41 Willy's Couple but the other WIlly's, the 54 Chevy and the 36 Ford and all the motorcycles and all the other EYE CANDY belongs to the DOCTOR !!! 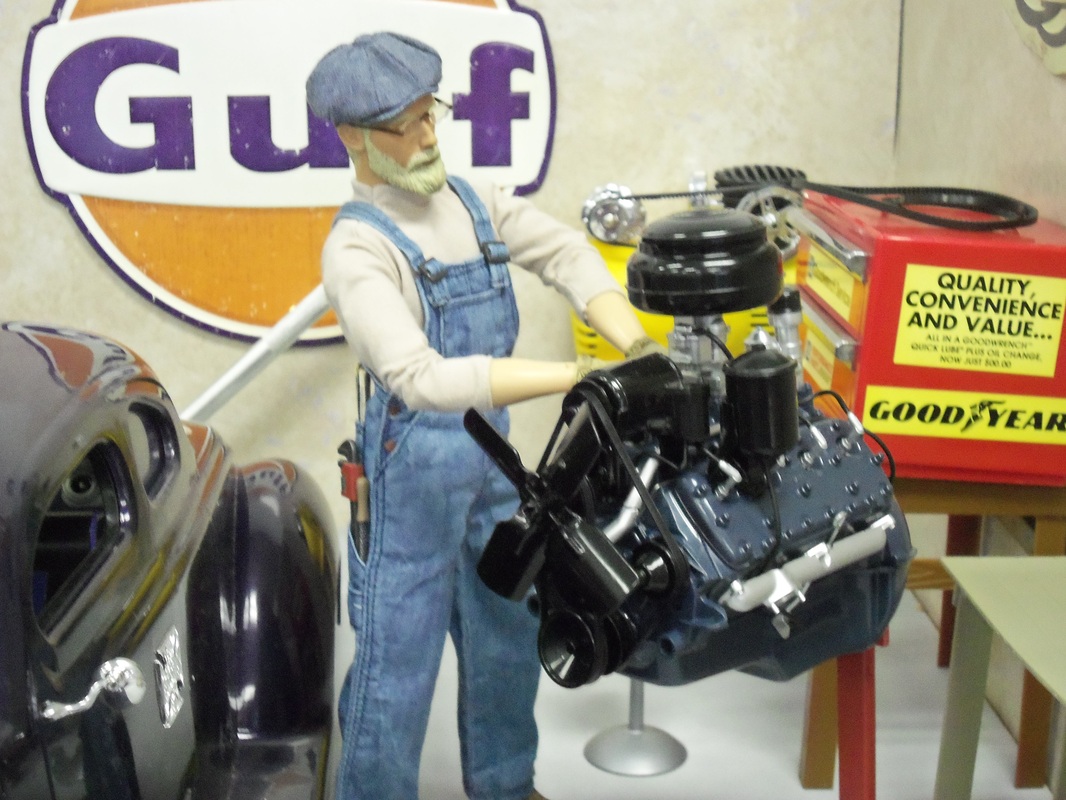 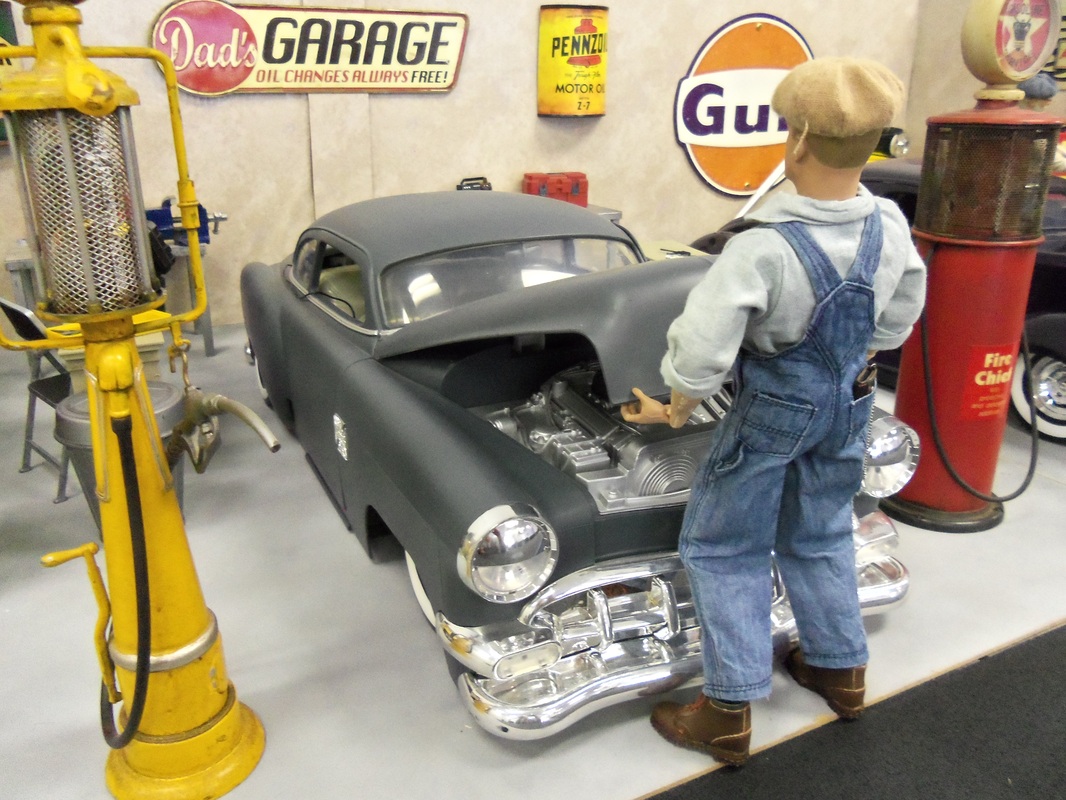 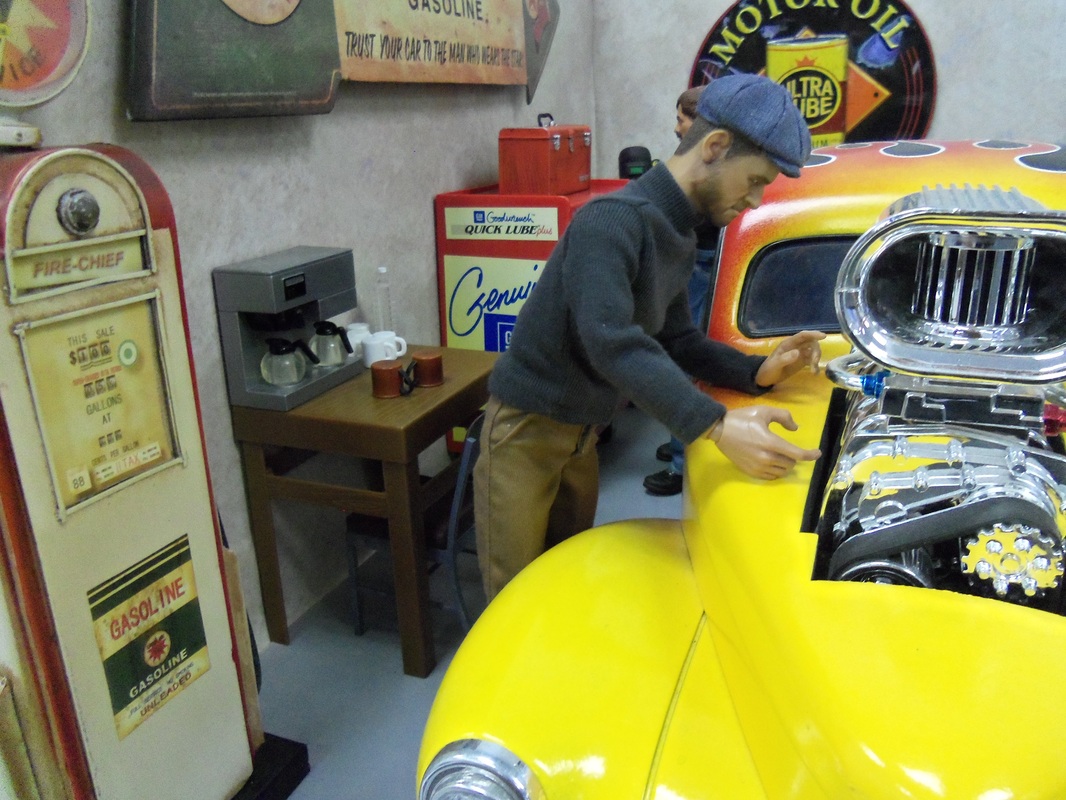 Check'n the paint job on the Willy's 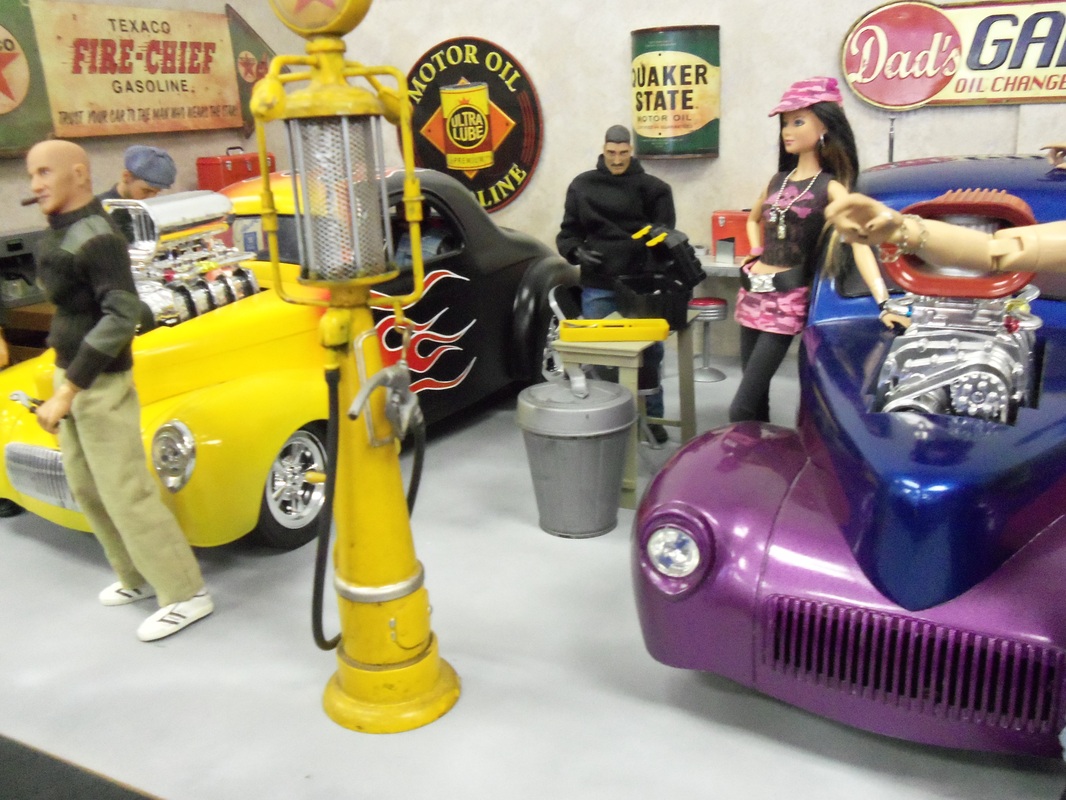 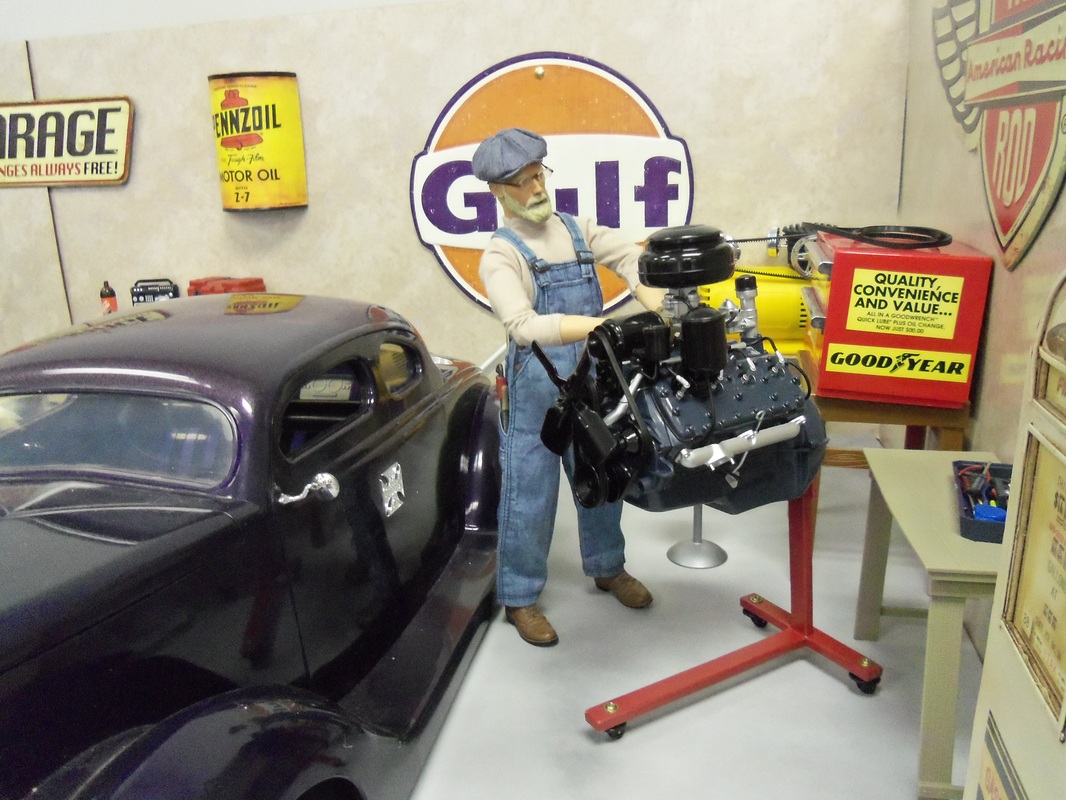 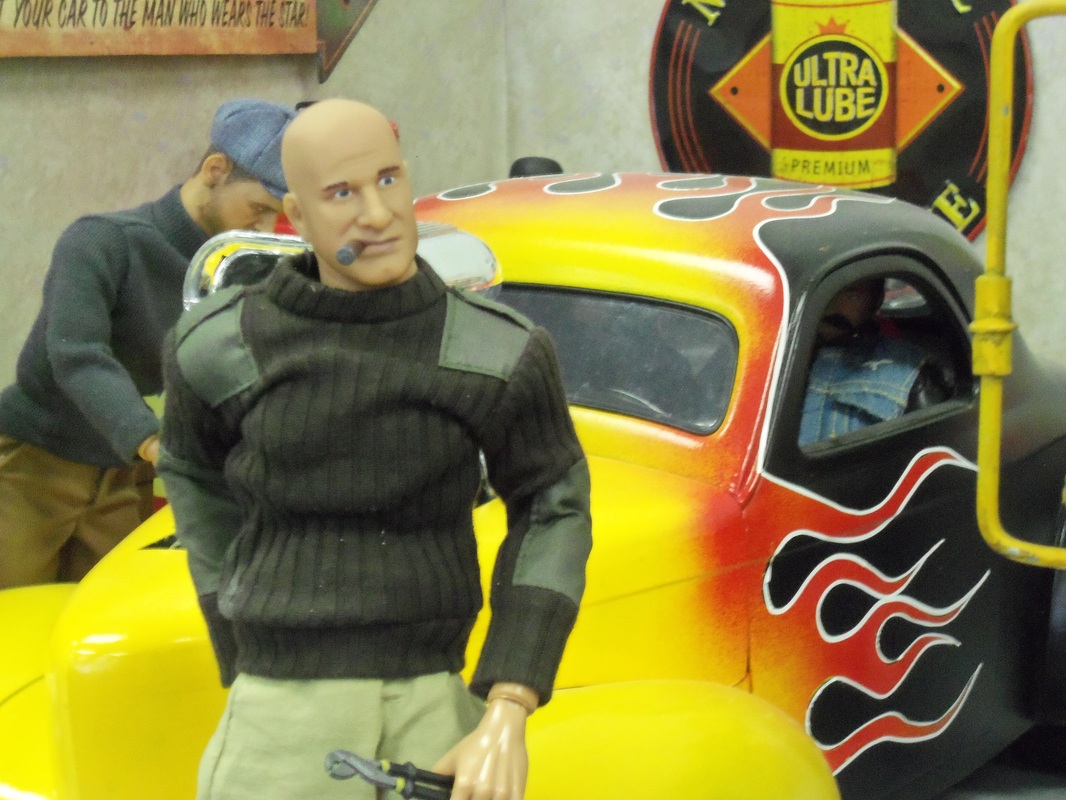 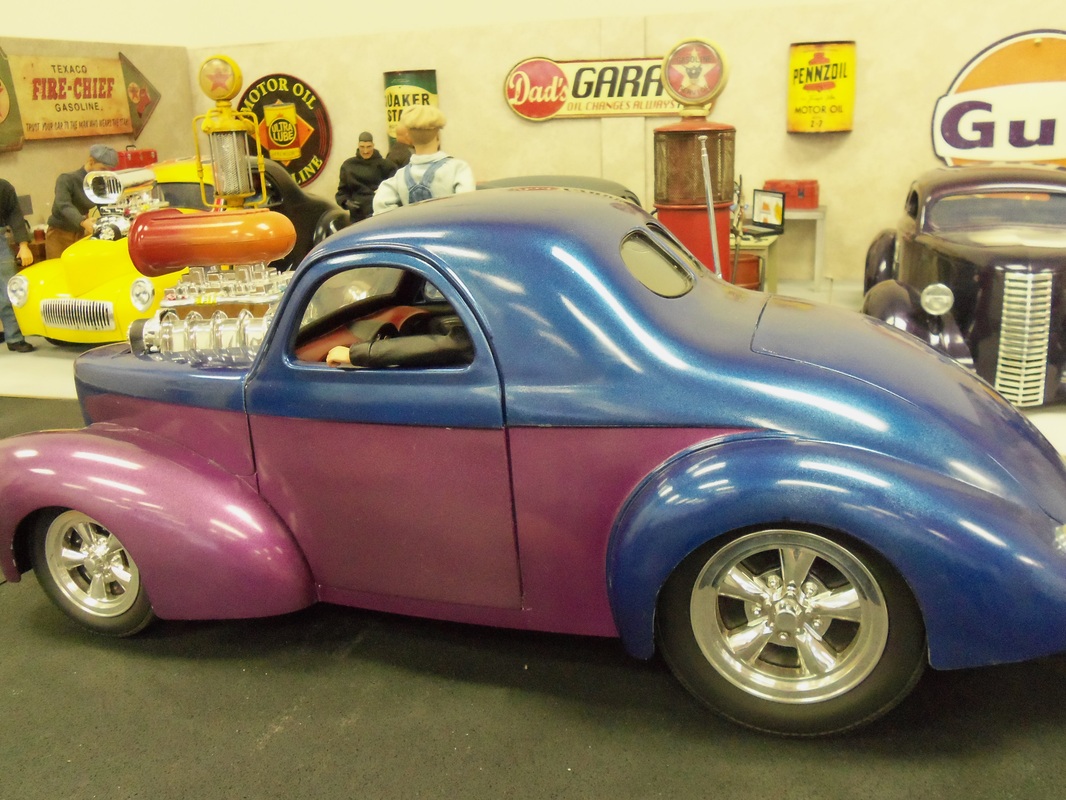 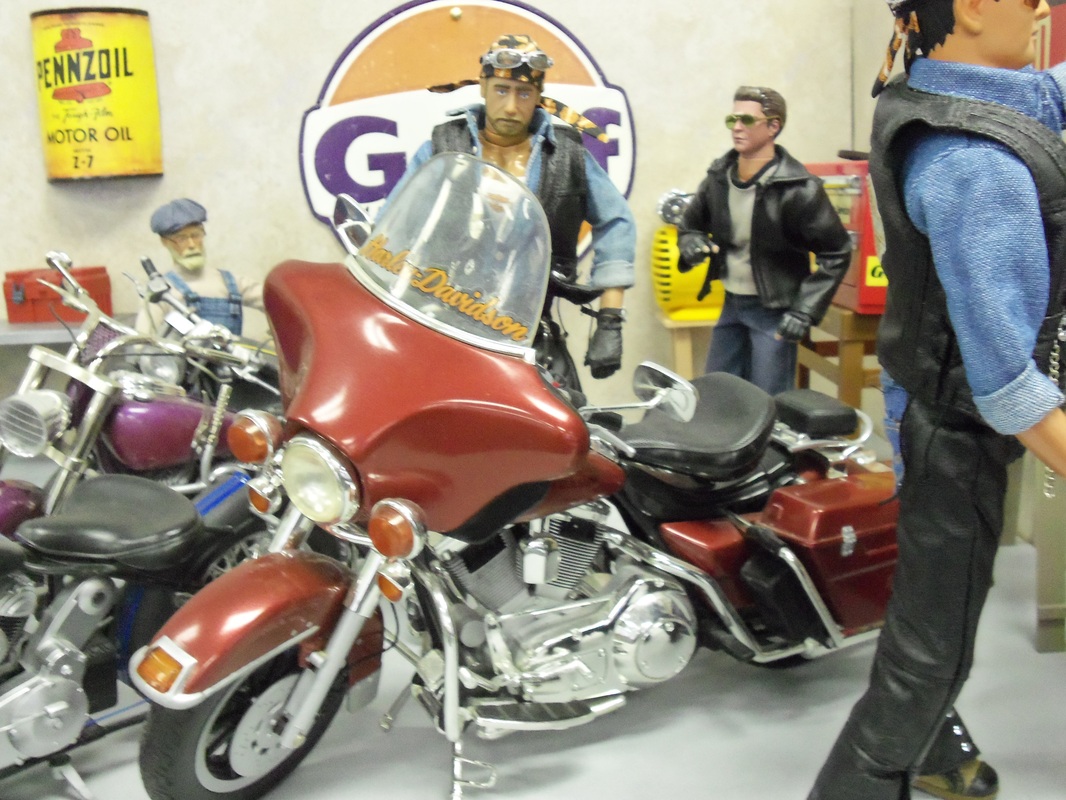 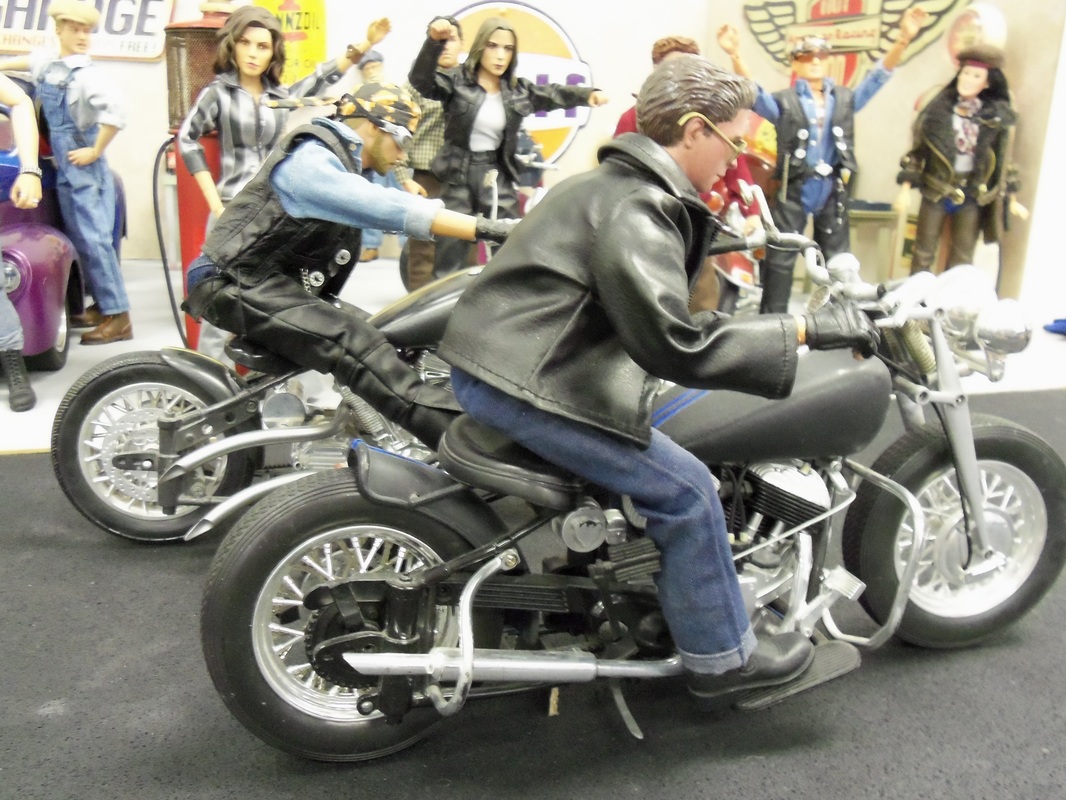 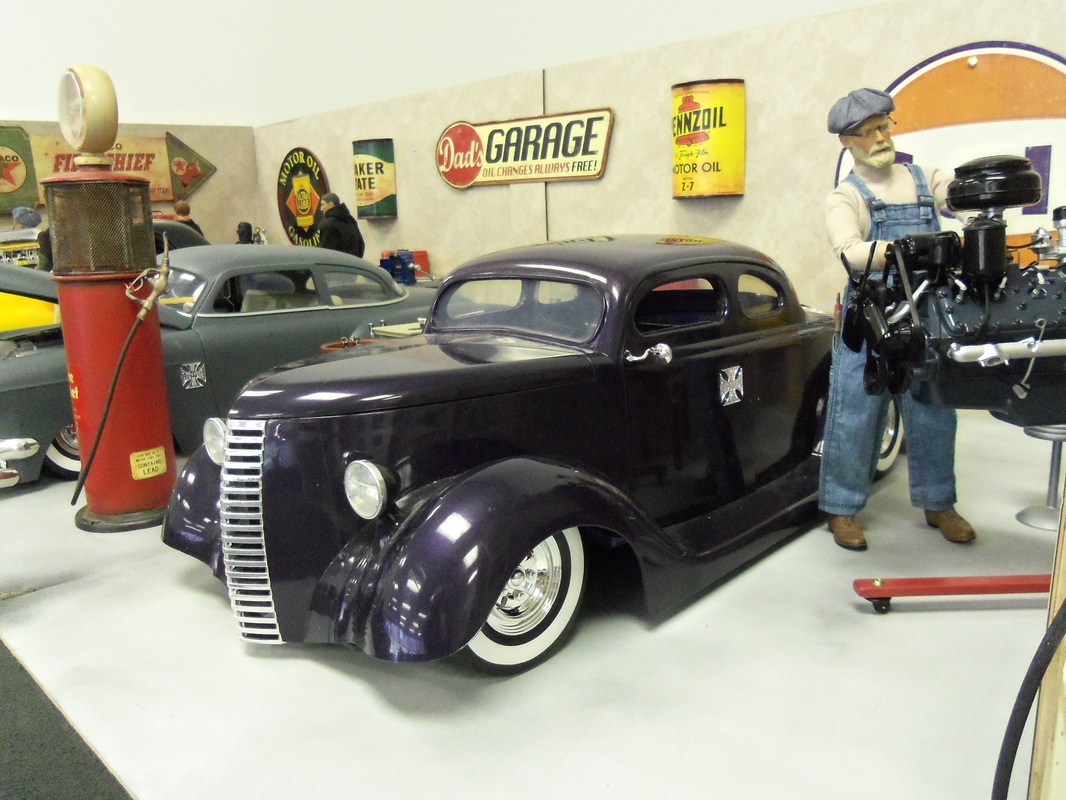 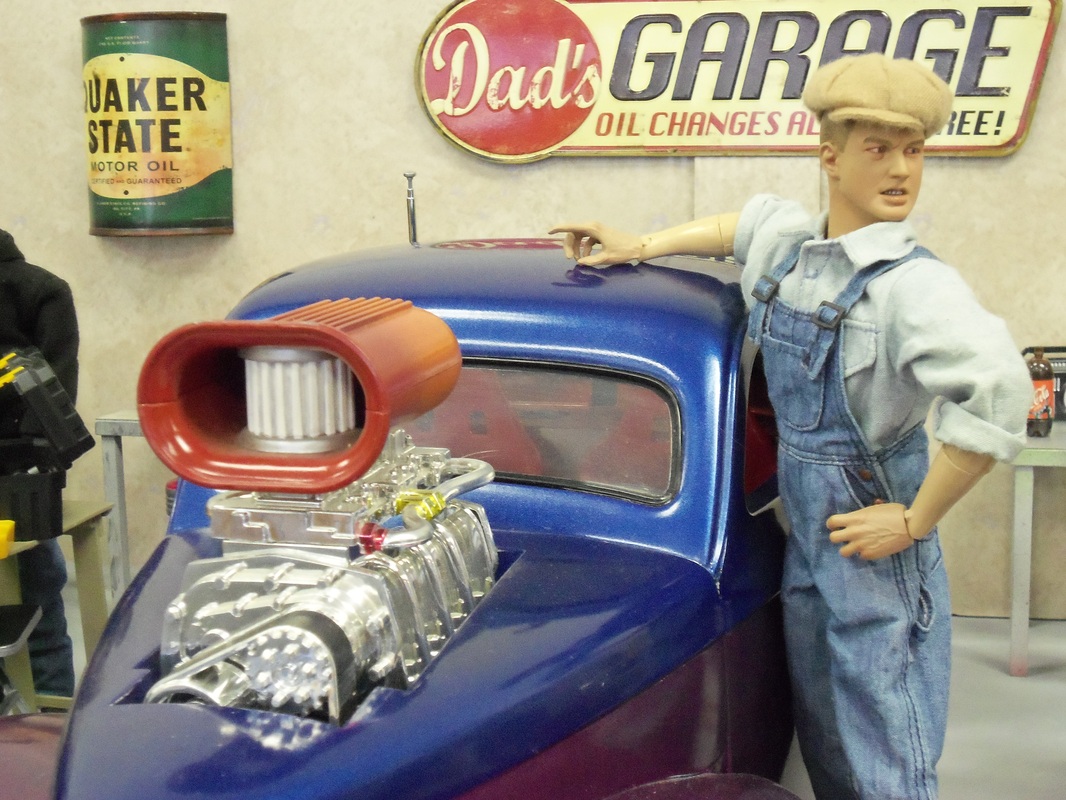 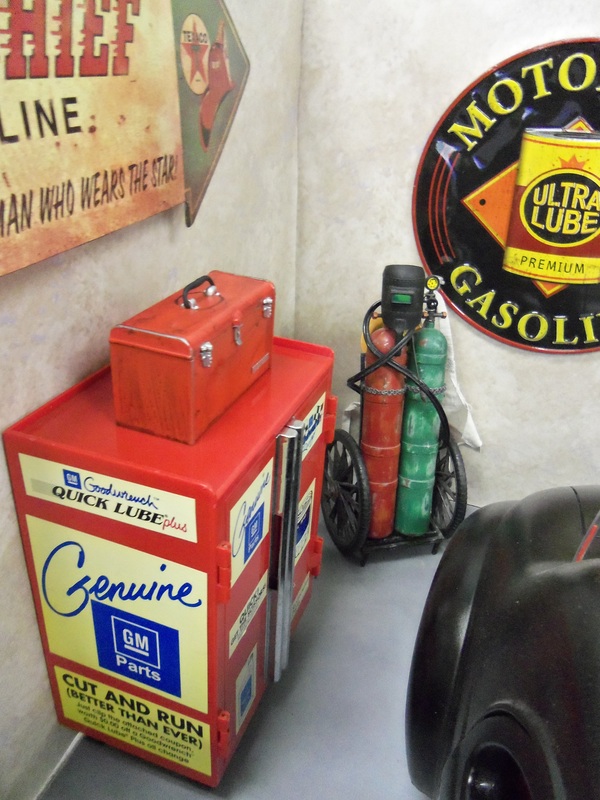 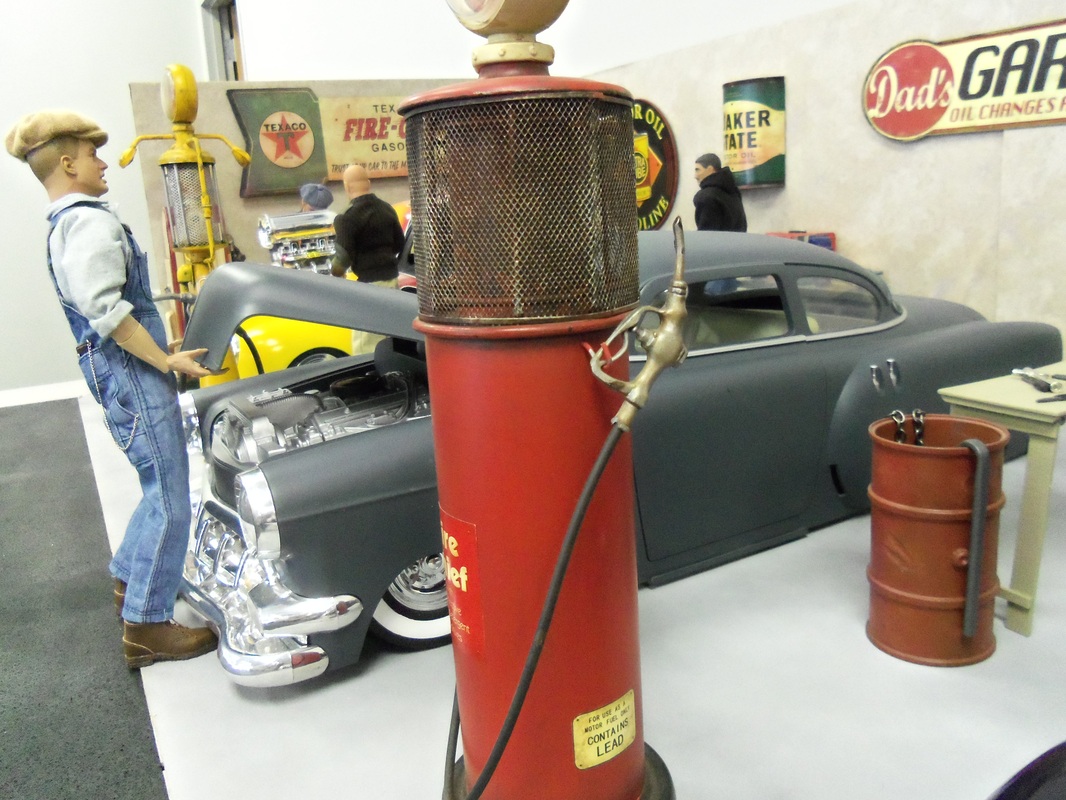 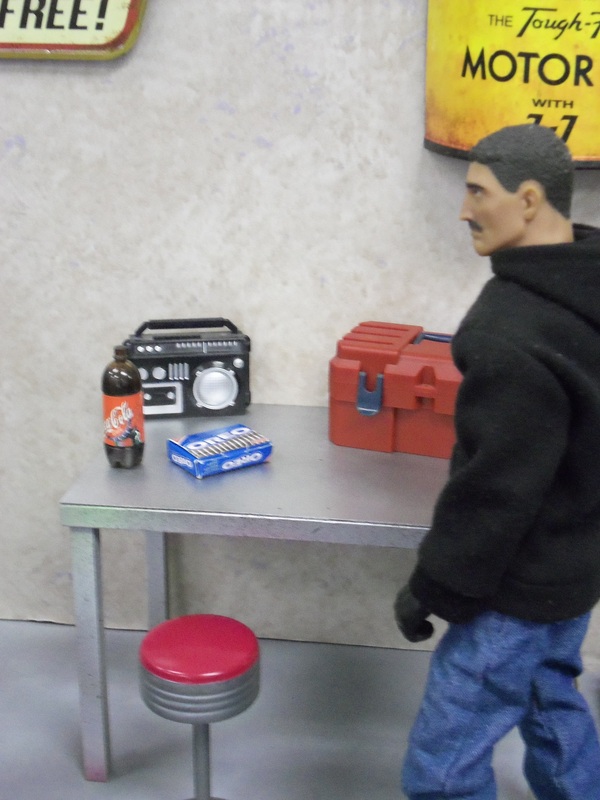 Turn up the tunes ! 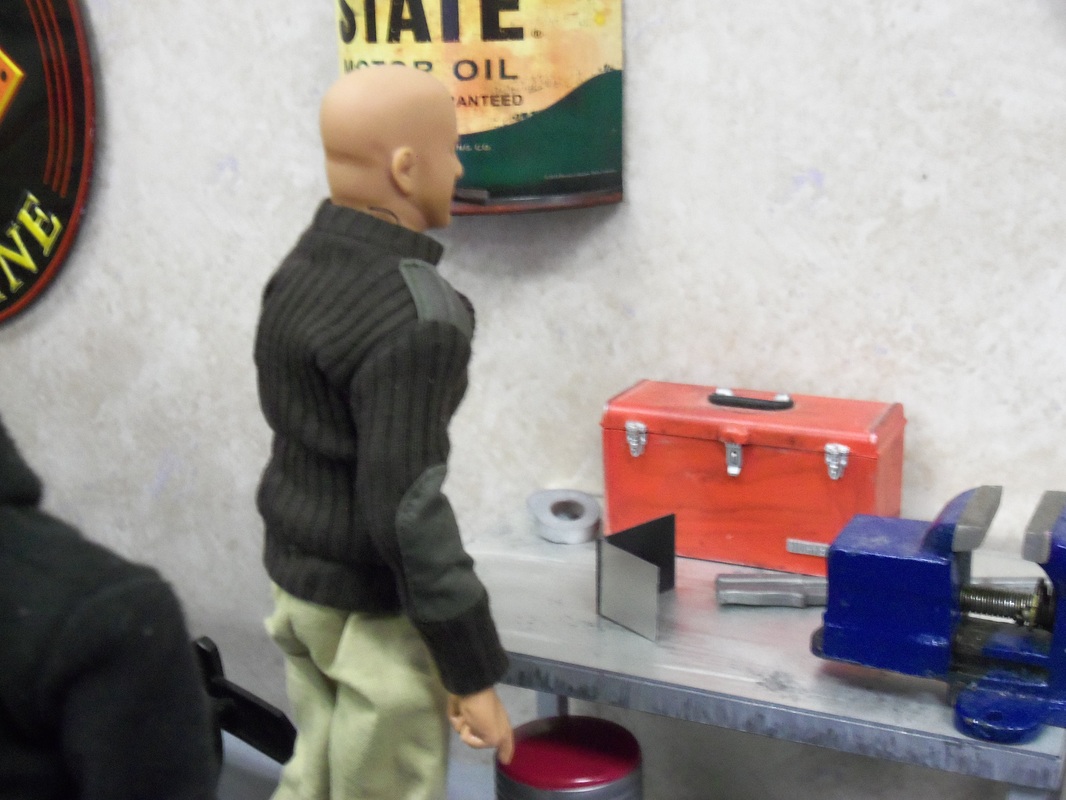 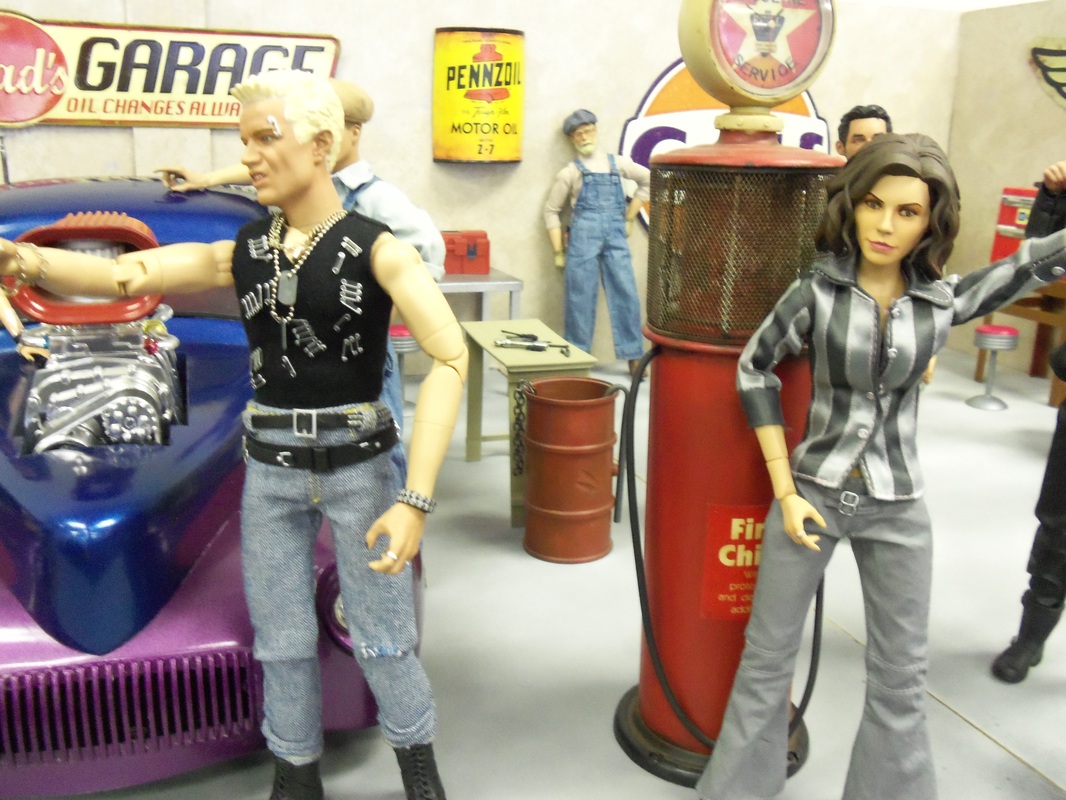 Cheering on the bikers 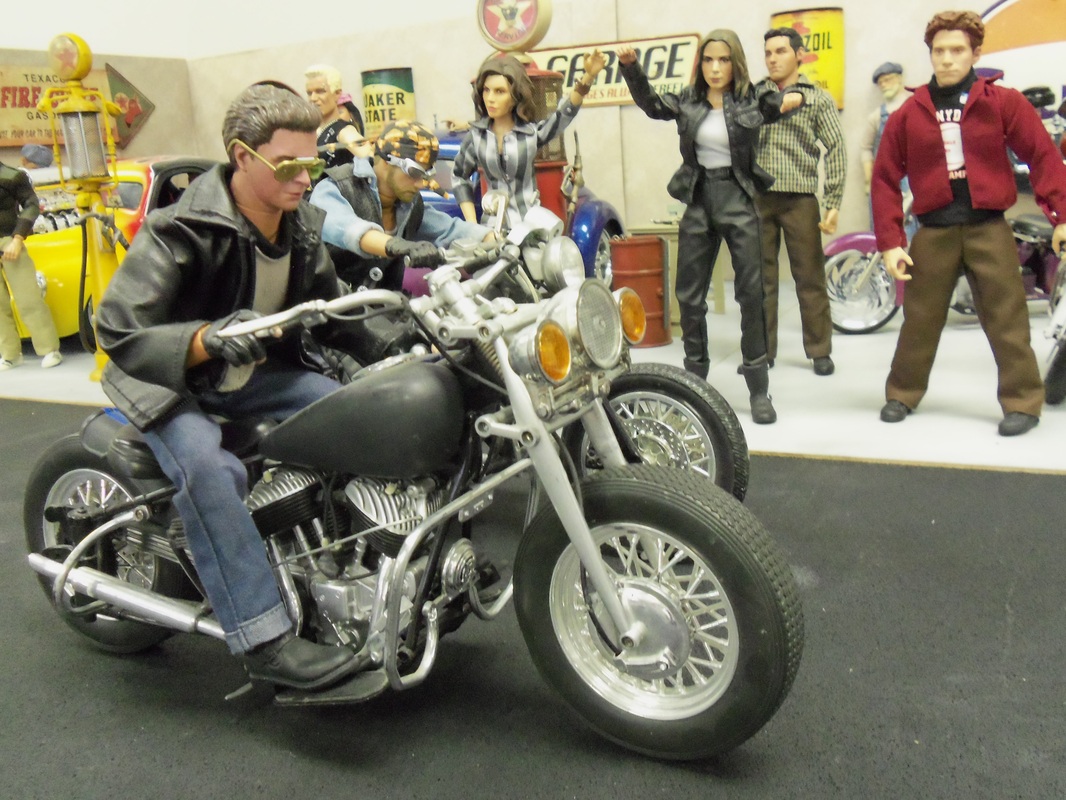 Marines landing somewhere in the Pacific 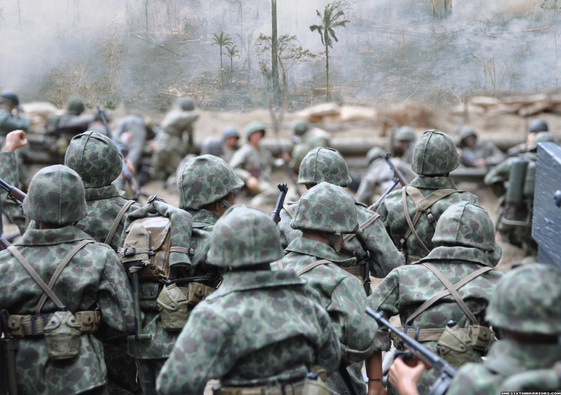 Inspired by HBO's Pacific Series, a few of the SSCC club members got together at a sand volleyball court and shot these scenes of US Marines during a beach landing and Japanese defenders.  We used 60 Marines and 20 plus Japanese figures. 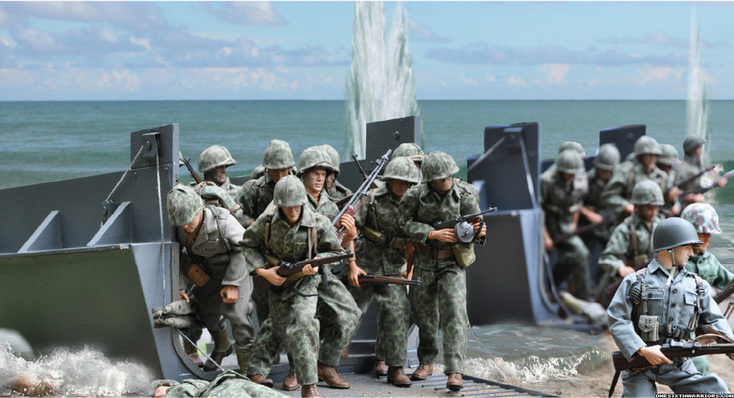 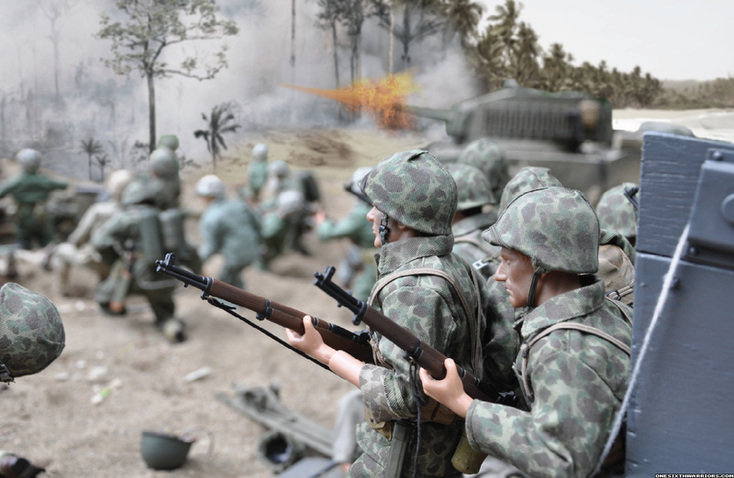 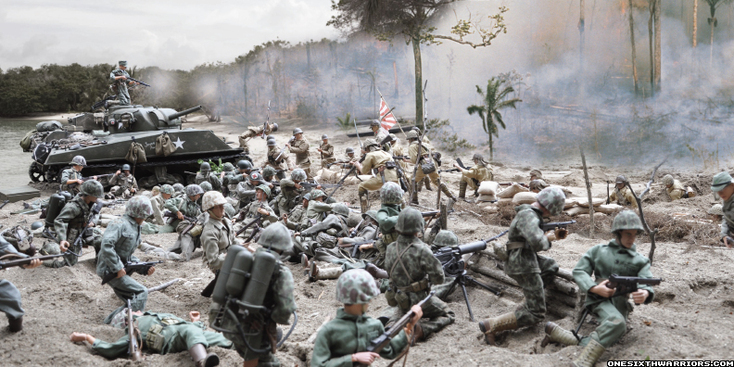 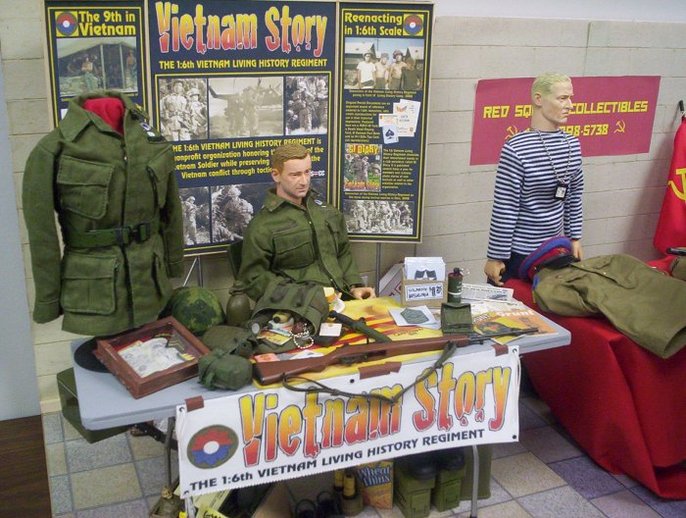 Years and years ago, Pointman did the mini diorama for one of his Colorado Club based meetings.  I thought it was a great idea and since Pointman didn't have any good pictures of the diorama, I decided to do my own.  Then the idea turned into a club shoot and any club member could make their own table and do a setup of their own.  This was the result. 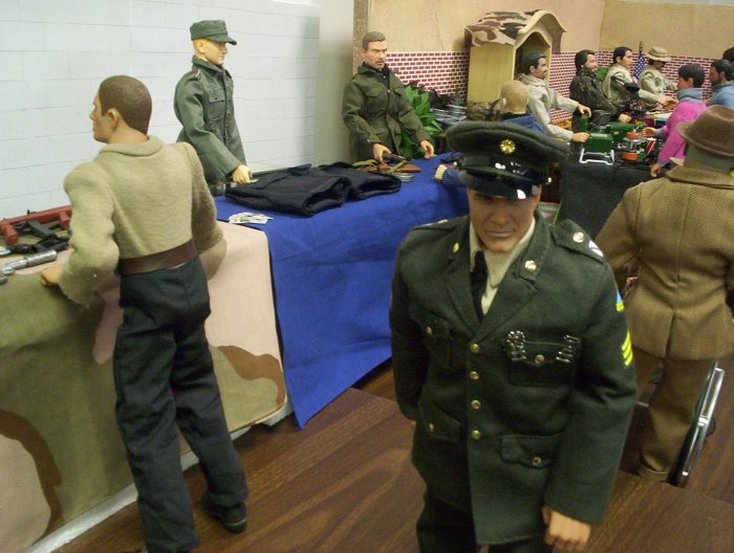 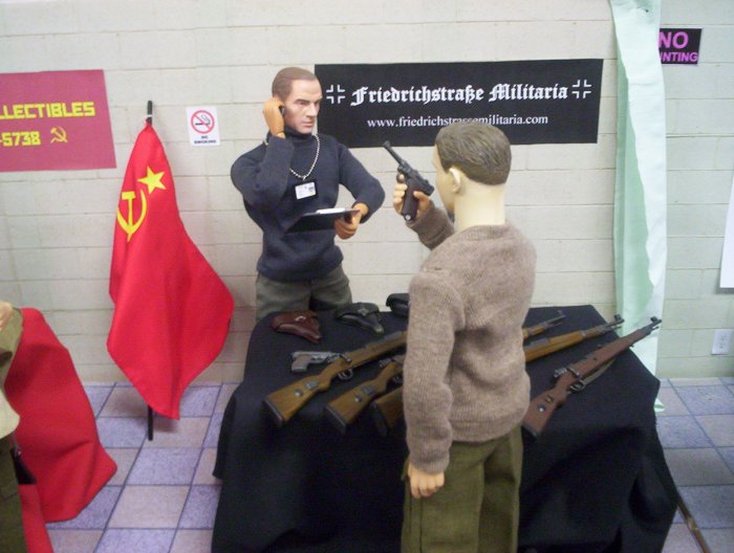 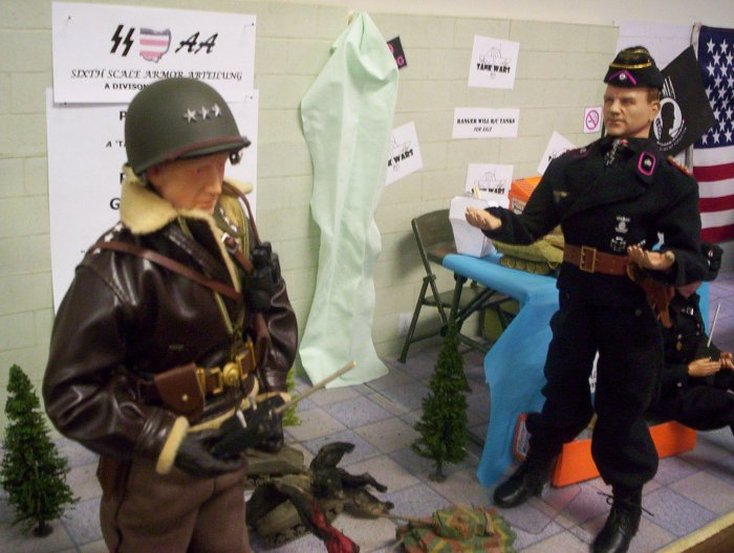 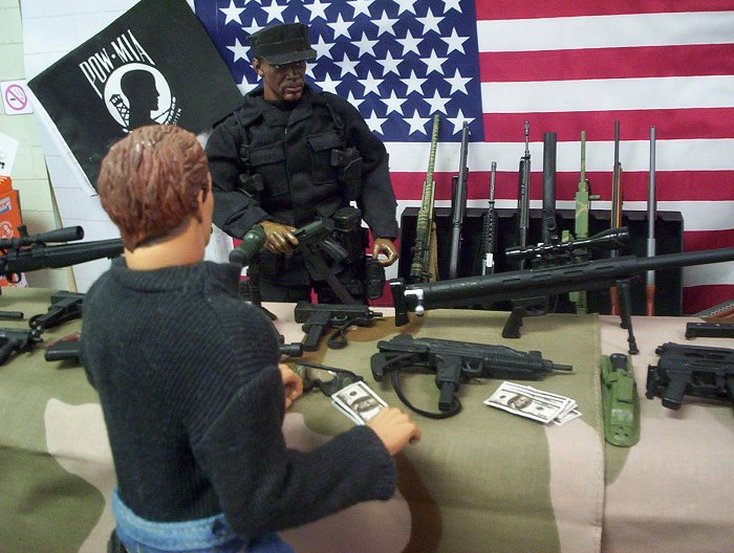 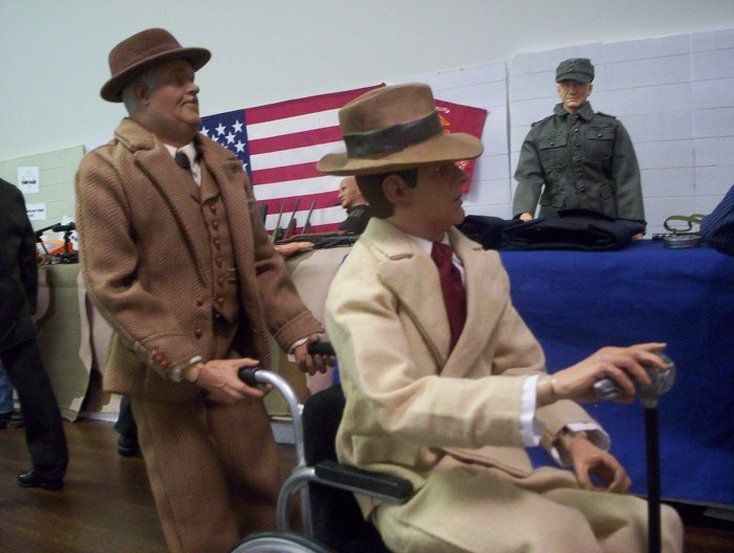 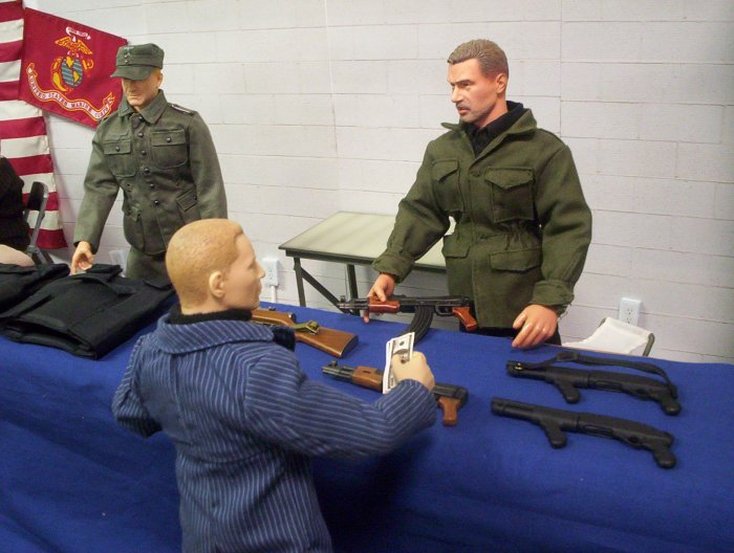 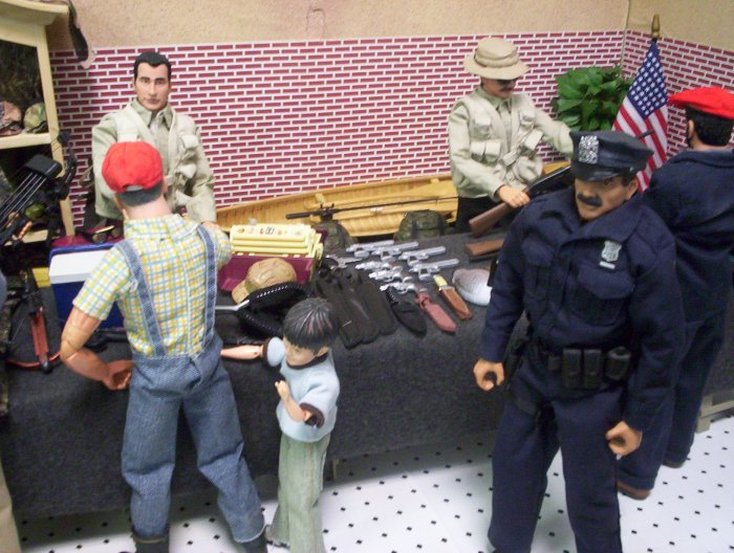